We need to talk…

My preferred method of telling a boy I’m not interested in him has traditionally been not telling him. I always thought the best way of turning someone down was to kind of sneak out of sight and let him figure out that I wasn’t into him.  From the 4th grade when I hid in the tube slide to dodge a boy who wanted me to be his girlfriend, up until now when I walk outta my apartment and turn around to walk right back inside to avoid a run in with my overly friendly neighbor, I always dreaded confronting someone with the fact that I didn’t want him back. It’s awful to me. That awkwardness of saying “I don’t really see you that way” or “You’re a great guy, but…” And the look in his eye.  And the awkward walk away. I feel like a tool, and I can’t see him feeling great about things either. As it turns out, the reason I’ve felt like that when I’m ending it with guys is that I am kind of being a tool.

Thanks to the mostly unsolicited advice of now 5 guys and 4 girls in the past 3 days, I’ve found that I’ve been a big wimp/passive jerk with all these incidents.  The way to go about it they say, is to bite the bullet. Rip off the band-aid, drop the hammer, cut to the chase, suck it up. You get the picture.

This all started a few days when I wanted to stop dating a very nice guy that I just didn’t quite connect with.  So, in a typical avoidance strategy, I ignored his calls and texts.  They kept coming, and my friend Bre and I debated whether I needed to have a conversation with him (it had only been one date). She solicited the advice of a neutral guy friend, a firefighter guy friend no less.

“It sounds like he’s just not getting the picture.  You’re gonna have to be straight forward with him.”

So the next day (I was dragging my feet), I called him up prepared to end it. But he just sounded so happy and he was super nice, so I just talked to him instead.  Shockingly, there was never quite the opportune time to throw my rejection in the chat. Bummed by my outright failure, I went inside the gathering I was at and divulged my quandary to my friend, Samantha. She is awesome at telling it like it is.  She could have a newspaper column called “Sammy Says” or something like that where she just lays into people about how stupid they’re being.  Which is what she did for me last night, but in a helpful way.  She laughed at the fact that I couldn’t say I didn’t like him.

We were pretty much keeping to ourselves when the guy sitting on the next sofa perked up his ears.  He interjected, “I’m sorry to come in on your conversation, but you have to tell him.  Guys you meet who are assholes are that way because of girls doing stuff like this to them.”  He elaborated some more on that point and then ended with something like “he’s gonna hate you and call you a bitch when he’s talking to his friends no matter how you do it, so you might as well just get it over with. You won’t be there for it.”

By this point the rest of my friends were chiming in about their views and experiences with the end-it talk.  “It’s so much worse when (girls) don’t say anything because when that happens, you’re always like, is she playing hard-to-get, is she into me? You don’t know what’s going on.”

Everyone had valid points. I’m wasting his and my time and energy by dragging it out.  It’s not that hard to say.  It’s better for him to know than to be in the dark.  There wasn’t a man in earshot who preferred by any means my method of tapering off. By the end of the night my friends had a nice chant going trying to get me to woman up and call him right then.  I didn’t then, but I agreed to do it the next time he called.

To be honest, I think deep down I must have known that I was going about this protocol all wrong. I always hate it when the situation is reversed and I feel like the relationship is still up in the air.  No matter how much evidence is stacked against someone liking me, if I like him enough then I’ll always hold out a little hope that he actually is busy, taking it slow, or confused. In fact, I distinctly remember having a conversation with one of my friends about how cruel a guy was being by continuing to flirt with me when he knew flat-out that I had feelings for him. Yet, I employ the same technique. 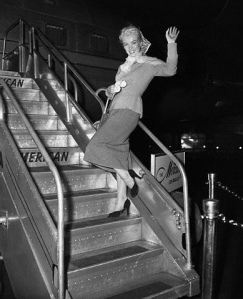 My issue is that I got caught up being “nice.”  I don’t want to hurt his feelings.  But really, false hope is probably the worst feeling ever, so my being nice isn’t that at all.  It just makes me feel better because I don’t have to see the results of what I’m doing.

Therefore, my goal is to be brave and honest when these situations come up in the future. In light of the adament pleas from any guy I talked to, I think it’s important to be aware of the results of our cowardice. If it doesn’t work, so what? No one’s going to be heartbroken if you just don’t see it happening. The more we look at it as a natural part of interacting, the easier it will be on the receiving and giving end of rejection, and the easier it is to move past it.