Classic flake trait: he doesn’t care about his impact on you.

Everybody flakes out every now and again, but when it becomes apparent that this is someone’s defining characteristic, you better steer clear.  When you put your trust in one of these people, you’re sure to get burned, and the tricky part is, you don’t really know why.

A flake, by urban dictionary definition, is “an unreliable person; someone who agrees to something, but never follows through.”  Most flakes I’ve dealt with have been really likable and charming.  This is actually their tragic downfall.  My theory is that they are out to please, but too selfish to follow through. They agree to more than they want to or can handle, they come up with great big ideas that they think will be easy, and they make promises that for some reason or another, are too much to keep. Then, they’re afraid to face the consequences when they inevitably fall short. They tell themselves that it’s not their fault something went wrong or downplay their importance in a given situation, even when it’s apparent that they have royally screwed it up.

Socially, a flake will frequently RSVP or agree to be somewhere, but won’t show up.  Or they’ll say, “Ya! Let’s do that. Call me later!” and then don’t answer a call.  They fail to take responsibility for the fact that others’ plans may be dependent on theirs. I had a friend tell me about a friend who let her down consistently.  Her friend had invited her and reniged at the last minute to first a U2 concert in San Fran and then to Coldplay at the Hollywood Bowl, where they had 10th row seats.

Each time the girl had pretty thin reasons for backing out, and she put her immediate needs over commitments she had already made to someone else. Chances are she was willingly blind to the consequences it had for my friend who had changed her work schedule, planned trips, and gotten her hopes up. 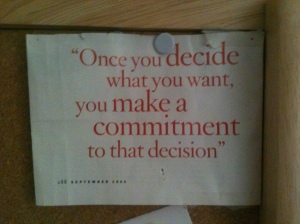 In business, flakes’ actions can be more detrimental.  They set up plans or deals, and then relinquish without notice for no apparent reason.  Never mind the fact that others may have their livelihoods on the line. I’ve had people promise me situations, salaries and positions that don’t come to fruition quite the way they offered it, if at all.  While I’m scrambling to come up with a contingency plan, they’re sitting comfortably as if nothing ever happened.

I don’t mean to say this without taking any blame myself. Looking back, I can think of plenty of times when I acted like a flake.  It happens sometimes when I put too much in my plate or when I’m feeling lazy or anti-social.  Once I had 5 jobs at once, and one small one fell off without my acknowledgment.  I still feel bad when I look in my closet and see that work shirt.  However, I know I learned from that situation, and now I am better at catching myself before I get in over my head.

I’m convinced that most flakes aren’t maliciously out to hurt you, but that they are habitual avoiders who get overwhelmed easily.  In bigger cities, it’s easier to be a flake because if you cut ties, there are so many other people out to turn to.  Their are more obstacles to getting somewhere and more excuses for why you can’t come. However, since we don’t want to fall victim to a flake out, we have to be prepared to for it, whether in ourselves or in others.

So, if someone is flaking out on you, then tell them, and let them know how they can fix things.  If they’re still adamant to put you on the back burner, tell them exactly what kind of jerk they’re being.  Even though flakes hate confrontation, it’s good for them.

Also spotting a flake before you depend on them is crucial.  Even if someone seems like they have your best interests at heart, when they constantly let you down, they’re no friend of yours.  Good intentions never got anyone anywhere.  So with a critical eye, look at your relationship and ask yourself,”would this person have the same faith and commitment to me that I have to them?”

Woman of her Word, “I hereby solemnly swear to come to your party.”

Lately, I’ve been taking that critical eye and fixing it on myself and my habits in regard to steadiness.  In ourselves, fixing flakiness is a matter of taking pride in who we are.  It’s important to value reliability.  Create habits that reinforce that value.

Remember that when you flake out, you let someone down.  It is a needlessly selfish act. We strive to be the friend we want to have, and we all value a friend we can count on.