Something to get your neurons firing: neurons fire as thought is processed. The more one neural patway is used, the more it is reinforced and enhanced.

Can you imagine how wonderful it would be to wake up everyday feeling motivated, to follow through with all of your plans, to be content with the decisions you’ve made, and to operate in a way that is healthy both physically and mentally?   Think of a life where you derive pleasure from doing things that you ought to do rather than wishing for the things you know you should stay away from. Think of a life where specific mental exercises gave you control of your thoughts, abilities, and feelings.  Behavioral scientists and neuroscientists are making new discoveries everyday that give us more information which is applicable to achieving this life. Whereas twenty years ago, the world believed that the behaviors and skills that a person had were somewhat stagnant, today scientists are revealing just how plastic the brain is and how much that trait affects the potential individuals have to change their lives.

Two books that highlight just how evident cognitive plasticity is are The Art of Choosing by Sheena Iyengar and The Optimism Bias by Tali Sharot.  Each describes the remarkable influence choice and perception have on attitude, performance, and outcome.  Each describes how all these emotions and ideas we identify with our self-identity are extremely variable and can be rather easily manipulated by framing and re-framing the situations and stimuli we experience them in.

For instance, in The Optimism Bias, Sharot describes numerous experiments where people or animals either chose or were duped into believing they chose a certain outcome or reward.  In those experiments, scientists found that a chosen outcome was by far more favorable and more important to the subject than an outcome that was arrived at passively.  Sharot concluded, “What these experiments tell us is that when you select something- even if it is a hypothetical choice, even if it is something you already have, even if you had not really picked it but believe you did- you will value it more. ”

Furthermore, Sharot explains that once we’ve decided something, the brain adapts to perceive that thing as more desirable than whatever other options it was chosen over. The more we choose one thing again and again, the more desirable it becomes. Perhaps this is why it’s so hard to shake brand loyalty or long-held favoritism.  We can use this knowledge to our advantage when creating healthy habits for ourselves. Each day we choose to get out of bed with the first beep of the alarm, the easier it gets.  Each time we choose an apple over a cookie, the more we are inclined to do so the next time.

Likewise, in The Art of Choosing, Iyengar explores how context of a choice affects our decisions and our perceived abilities.  She explains how a few subjects are naturally more apt to believe in positive outcomes and to fight to achieve those outcomes, but with intentional effort to nurture a belief in self-control and positive outcomes, many more will develop similar behavior or have similar pleasure associated with decisions they make.  By consciously framing a feeling as a choice, we have more control over our actions.  You can either go running and feel good about what you did, or you can relax at home but gain weight and feel worse.  You can either keep talking to the guy who drives you crazy, or you leave him behind and open yourself up to new people and suffer from fewer frustrations and distractions.

Tali and Sharot aren’t the only innovators; lately there have been a lot of really interesting developments in neuroscience.  Some of these include audible and visual mapping brainwaves and connections between neurons, controlling robots and avatars with brain activity, expanding on knowledge of hormonal influences and controls, and re-wiring brain activity to correct malfunction.  There are also rapidly growing databases of brain scans and brain tissue that have yet to be thoroughly examined and analyzed.  The potential for brain exploration is so vast, it can seem both exhilarating and overwhelming. One neuroscientist puts it this way:

” I always tell students that we could also call neuroscientists some kind of astronomer, because we are dealing with a system that is only comparable in terms of number of cells to the number of galaxies that we have in the universe.” –Miguel Nicolelis

However, there is one conclusion that is becoming somewhat predictable in all the new discoveries and conclusions: our brains are flexible, and we have the power to mold them in positive and negative directions.  The decisions we make reinforce or reshape the neural pathways we already have in place.  We can train ourselves to be better at skills, languages, healthy behaviors, and decision-making. We can condition ourselves to prevent dementia or optimize learning.  We play an active role in how well we are able to function and think.  The old adage that attitude is everything isn’t too far off the mark. Below are a few snippets of helpful information about brain function and how it applies to everyday life. 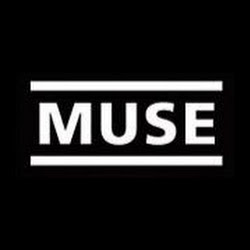 Muse’s new album cover is a shot of a human connectome, the newly-available images of the mind’s neural connections.

What we learn from these studies is that we have significant power to change for the better, and there is no inevitable outcome to our lives.  While we will never lead a life of perfect decisions, feelings and motivation, it is important to realize that we can direct ourselves toward that goal, and science backs us up.  Every aspect of neural science and study seems to say, attitude may not be the only thing, but it is pretty darn important.  So the next time you are faced with an opportunity to make a healthy or powerful choice, remember that you are the shaper of your own future and in seizing that opportunity, you are becoming the person you want to be.

2 thoughts on “Ways To Mold Your Brain”