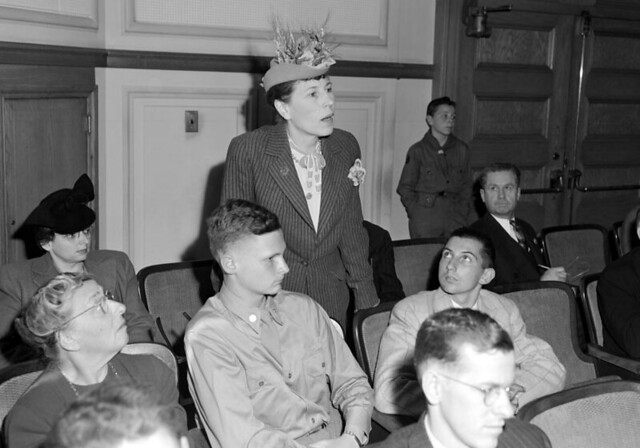 Sometimes, it is taken away.

In such cases, I am angry and resentful, I feel helpless and sad, and I don’t know always how to react, at least not right away. I go over what I did wrong and what I could have done better. I think of all the ways to get even or to make whoever is responsible for my heartbreak feel just as bad as I do. I want everyone to know them for who they really are and assure myself that their true colors will come through.  Most of the time I add in the thoughts I’m supposed to have like understanding the other side and listing all the good things I have from the experience. Inevitably, some emotional trigger brings the injustice of it all back.

Usually I want to be strong and show it by taking the high road. I think things like, the best way to get even is to be better from the experience and unrattled in my response.  Sometimes it’s kill them with kindness. Or I think, if they make me mad, I’m just falling into their trap to make me seem irrational or erratic.  I don’t want to seem as if I’m too weak to be accountable for my actions. Instead, I’ll take the blame for failings, divert my suspicions of injustice, and do what I can from there to move forward.

Then along came sexism. And I don’t mean subversive undertones or suspicions of sexism or “harmless” references to looks, legs, or babies in the boardroom. Every woman in a leadership, competitive or male-dominated professional setting has experienced this kind of sexism. I have lots of times, and my jobs have never been fiercely competitive by any means. For some reason, we all have come to the conclusion that this just happens and it sucks, but we have to grin and bear it to be seen as strong, or at least, not whiny.

My encounter with sexism that robbed me of my professional passion was stated boldly outright. The reason he undermined me, wouldn’t listen to me, spoke behind my back, wouldn’t cooperate with me or place stake in my opinions was “Because you’re a woman.” And furthermore, “it’s nothing personal, it’s just culture. I talk better with him, it’s easier. It’s comfortable.”  So it became less of, “what could I have done better?” and more of “what the f@#$!?!”

My usual take the high road didn’t feel quite right as I coached my young girls teams. It didn’t feel okay to learn my lesson and let it be when I held my young niece with her Born to Lead shirt on. It didn’t feel right when I laid my head down to sleep and could only answer the question what could I have done better? with it wouldn’t have mattered what I did. It only mattered who he was.

Yours could be ageism, racism, outright meanness, or any number of other injustices. There are loads of unreasonable reasons that we are forced to give up something we love, and with it come these nagging questions. We can’t feel okay doing nothing, but how do we fight back? How can I stand up for myself without losing who I am? I wish I had the answers, but I don’t.  I don’t believe that anyone really has a one size fits all solution. This is one situation where you have to find your own kind of bravery and your own brand of stick it to the man.

Bravery, however, can be supported. It can thrive when people stand up with you and agree that “Yup. That is unjust. I will stand against it with you and I won’t stand for it happening to you.” Something along those lines.  Courage can also come when we see others courageously stand up for themselves.

For inspiration, here are some stories from the last month alone of people fighting against their own injustices. Click on the links if you’d like to read more about it.

1. Nikki Six and Taylor Swift speak out and make a move for more fair royalty rights to artists.  Taylor swift refused to release her latest album to Spotify because of the way it sold artists’ music and because of how they were compensated for the streaming music.  Nikki Sixx supported her with a posted an explanation of his position on Facebook that included a rallying cry for musicians. “I’d like ALL artists to do what their managers and lawyers for the most part haven’t done and stand up and force a change…”

2.Landon Donovan voices his side of the World Cup controversy.  Athletes are often too caught in the confines of team unity and loyalty to a program to be able to voice a true account of what emotional or physical abuses a coach has put them through.   US leading goal scorer and team captain Landon Donovan and his teammates initially stuck to the usual script that respected their coach’s decision to exclude Donovan from the World Cup team, the first he didn’t make since he was 17 and the last he would be eligible for. However, two days ago, Donovan shared a true account of the decision that we all kind of always suspected was a jerk move.

3. Orchard farmer dedicated her life to preserving her family orchard. Linda Concklin fought against development to ensure that long after her passing, her family orchard would be preserved untouched.  She passed away last week, and those around her remember and are thankful for her fighting spirit.

4. Sailing athlete learns to stand against competitor… and then again with him.  Giles Scott competed against his mentor for 1 spot in the 2012 Olympics.  That mentor, Ben Ainslie basically told him to stop being so nice and stand up for himself.  Ainslie won the tight competition for the spot, but not without a tremendous effort from Scott. As a result, Scott became stronger athlete and now, 2 years later, Ainslie offered Scott a choice position on his racing team.

5. Kenyan’s stand up for their rights to wear what they choose. After a girl was stripped, raped, and jeered in the street in Nairobi because she wore an “indecent” dress in the “wrong place,”  protestors gathered in the street.  The peaceful, organized rally that took the slogan “my dress my choice” included men, women and eventually opposition. Advocates of the movement assert that no outfit entitles men to rape a woman.

6. US groups speak out about racist criminal justice system.  After numerous cases of excessive police brutality against African Americans, protests of all different kinds and viewpoints are taking form.  While some are destructive, those that are really thoughtful can’t help but touch your heart. For instance, students in one high school skipped the pledge of allegiance to symbolize that they wouldn’t stand for a government that had an unjust criminal justice system. Then during their lunch period, they laid in the hall for 4 1/2 minutes to symbolize the 4 1/2 hours that Micheal Brown lie dead in the street after he was shot by a police officer.  Also, some NFL players walked to the warm up field in the arms-up-don’t-shoot position and some NFL and NBA players warmed up in shirts that read “I can’t breathe.”

Some of these people are standing up for an idea or a cause, some are standing for others, and some are standing up for themselves.  Whatever their cause or message is, there is one underlying trait that makes them all an inspiration.  They found the courage to take action for what they believe. They fight what they see as wrong and make their voice heard.  When someone threatened to take or did take something dear to them away- their art, their business, their passion, or their sense of safety and justice- they made their protests heard. They give us strength by their strength and we find unity in facing our injustices together.