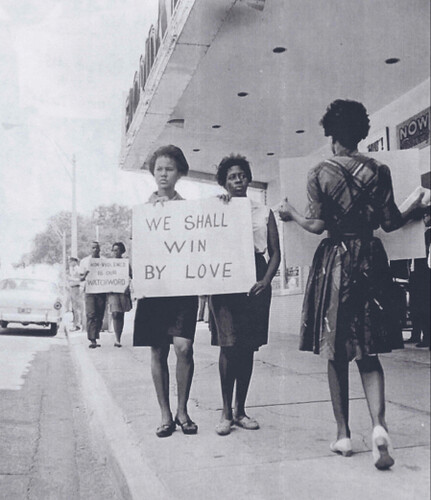 The more we stand with these women who take personal risks to have their voices heard, the more we make their sacrifice worthwhile. These women offer us inspiration with their strength and bravery.

Bangalore, India Women are speaking out en masse after a massive New Years Eve assault on women in one city center celebration.  A group of around 300 men surrounded women and took liberties groping them.  Police stood by idly as the women screamed for help.  Political response has been essentially saying that these women were asking for it by going out and dressing up. Other men insulted by the feminist backlash responded with the ever insulting #NotAllMen social media tag.

The Women are pushing back politically with solidarity marches on January 21 (like us!) and socially with the classic #YesAllWomen story sharing, which has over 1000 responses. Click here for the whole story.

Hollywood, California Meryl Streep made a loud political statement and call to arms using only a trace of her voice at the Golden Globe award show. The actor who had temporarily lost her voice held her audience of artists and the press captive as she spoke about what she felt when candidate donald trump mocked a disabled reporter Streep said trump’s instinctive bullying someone of less power and position than silently gave and still gives permission for others to do the same.

Some viewers, likely those who supported trump, criticized her speech for being inappropriate for the setting. However, Streep, well-respected and esteemed by her colleagues and audience, chose the awards to reach this audience with a plea to protect the arts, to protect the people who make art, and to protect the press.  Listening to the speech in its entirety, you hear one of the most powerful woman in Hollywood speaking out for those less powerful than her.  She calls on them to speak through their work.

Frankfort, Kentucky Though this was quieter, as sessions in D.C. and state capitals across the country introduced and voted on bills last week, it was no less brave or important.  One woman, Heather Hyden, and her partner spoke to the Kentucky house committee about her pregnancy and how the abortion law (which did ultimately pass) is affecting their lives now.  Her pregnancy is a dangerous one with the life of the child and the mother potentially at stake.  However, there is a chance that the difficulties will resolve after 22 weeks and everything will be fine.

The bill however, sets a 20 week limit on abortions in Kentucky, thus nearly forcing them to make a premature call on whether or not to keep the baby and risk the life of the mother and carrying what will be a stillborn baby to term.  Though the bill became law this Saturday, it didn’t do so quietly (about 500 protestors filled the capital on Saturday) and there will likely be a fight as it goes forward. To read the whole story, look here and here.