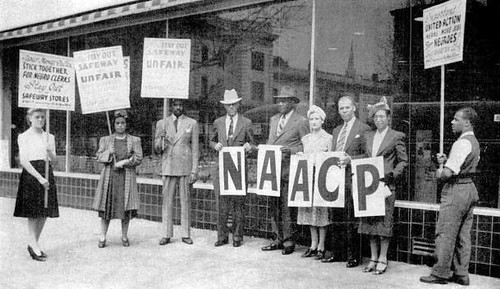 One sign at the women’s rally in D.C. read, “I don’t normally do this, but this is not normal.” I was with a group of people who quickly warmed to this sign. We were all newbies in political protest.  One of my group was a moderate who was not sure if she would march because she did not know if she wanted to be politically active.  Another was a sixteen year old girl with her mother. Before coming to the march, the girl had spoken up at school against the class president and his buddies at her private school who had given her a hard time for coming to the rally.  She explained to us this was her “first protest,” and we all let her know that we were in the same boat with her on that one.

There were two guys with us, one white American and one native Argentinian who were by far not the only men at the march, but definitely were in the minority. One young woman with us had come from Louisville because she felt it was important and looked for friends to make the trip with. One more of our posse came from Nashville representing Hispanic Americans, but she had grown up not too far from D.C. We had no cheers, chants or slogans planned. We showed up ready to participate, and in retrospect, we were learning how to protest, how to make our voices heard.

I learned about how to think about what you put on a sign, how the words you write represent your voice and your reason for fighting. They represent your beliefs long after the march or protest ends in pictures. When I returned, I heard a lot about how some people don’t understand what the march was about. ‘What don’t women have?’ they asked. That kind of pissed me off, but it was also a clear lesson that I needed a clear message in my protest.  To me the need to protest everything that donald’s candidacy and presidency represents and does was obvious. However, everyone’s reality is different and in some people’s lives, fear or selfishness override compassion. And in some, compassionate choices are viewed differently than mine are.

Going into the protest, I knew I was going to support everyone who was attacked and marginalized during the election (i.e. immigrants, domestic violence victims, women, disabled people, refugees, African Americans, LGBT, etc.).  I knew I was going to speak for the American ethos I hold dear- equality, justice, compassion, acceptance.  When I woke up on November 9th I felt like I woke up in a world I did not know, where that treasured identity of striving to become more equal and fair had been twisted into one that centered on selfishness and hate.  At the protest, I was not going to let the America I hold dear slip away.

I was there for my young niece and nephew, for myself and for my sister. I was there even for my grandma who voted for donald, but who I know fought hard in a patriarchal society to work, play, and live with equality.   Although we disagree on politics, her determination and woman power is a legacy I feel like I carry on in my standing up against injustice. I was there for my colleagues, teammates and friends who live and love boldly, fighting to help those who are demonized and abused by some factions of politics and religion.

When I saw immigrants with their banner and rally chants, I wished they were clearly written on my sign.  I saw refugees struggling for legitimacy and uniting in the hope that their American dream would not be held back by prejudice and political agenda. I wished they were clearly on my sign too.  When I saw rainbow flags and LGBT couples fighting for their love and their lives, I knew I needed to support them on my sign too.  For all of these, I used my voice. I took my body to fill a space that would signify support for all of these people and ideas.

In the process, I learned how to stand and speak up. Along with over 3 million others, I learned how to resist cruelty and injustice. We are still learning, still organizing and focusing.  And it is becoming more natural.  Yesterday, I was saddened to hear about donald’s orders for bans on refugees and for building a wall between us and our neighbors. But my heart was lifted with the news of federal judges blocking that ban and with the sight of protestors’ celebratory chant, “When we fight, we win” after 16 detained refugees were released.

A few years ago, one study remarkably showed that people who regularly volunteer are more likely to take heroic action or stand up for what they see as the right thing against power.  They unwittingly trained themselves to act on their beliefs and to act for each other. In recent years, routine volunteerism and compassionate habits have been a bit of a rarity in the United States. Look at us now. We are marching, donating, calling representatives, and rallying around people. We are a nation who is training ourselves to be heroes and getting better everyday.  By being mindful activists, we are practicing bravery, love, and compassion.  As a nation, we are preparing ourselves to use those skills effectively to defend the America in which we believe.